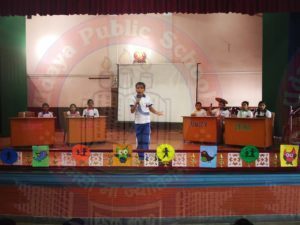 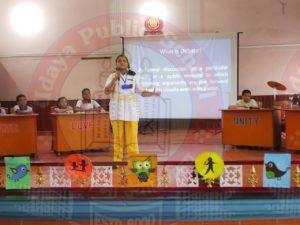 To foster the spirit of inquisitiveness and critical thinking Udaya Public School organises annual debates at both inter and intra school level.

This year English Debate Competition (JUNIOR) was organised by LITERARY CLUB on 18th July, 2018 on the topic : SHOULD KID’S REALITY SHOWS BE BANNED
Love, Hope, Unity and Zeal were represented by their most lucid speakers. The topic for debate this year is “Should kid’s reality shows be banned”

Hope House was adjudged the best team followed by Unity, Love and Zeal house.
Shivansh Bhatt was awarded the title of Best Speaker, the first runner up was Ayushi Shukla and the place for the second runner up was clinched by Swarnima Sahu.